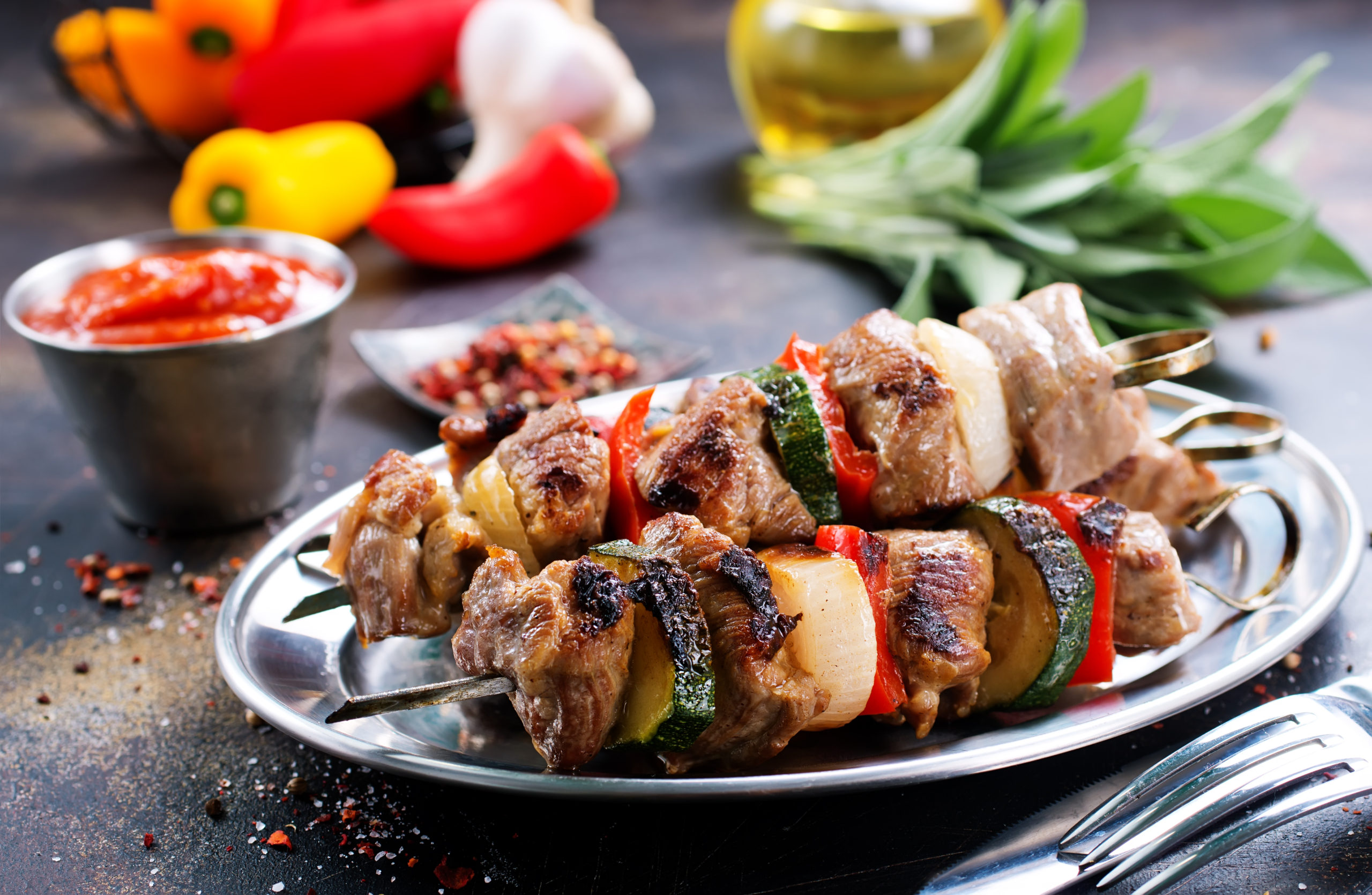 All about kebabs at Indique Indian Restaurant

Who doesn’t love kebabs? If you’ve never had kebabs before, you’re missing out on some of the best things in life. For those who love kebabs as much as we do, Indique Indian Restaurant is the best place to have it in Ireland.

What is a kebab?

Kebab literally means to fry, burn or cook on a skewer through grilling or open fire cooking. Kebabs are almost always cooked over charcoal or shallow fried, and not usually deep fried.

The word ‘kebab’ (also called ‘kabob’) is said to originate from the Arabic language, even though the Persians, Turks and central Asians also lay claim to it. Modern Indian kebabs generally trace their origin to the royal Mughlai cuisine.

Kebabs are undoubtedly considered healthier than other types of fast food as they are not deep-fried. However the kebab meat does contain fat and mincing the meat increases the fat content by 5-10%.

Indulging in a platter of kebabs every once in a while probably won’t harm your health adversely. But make sure your order comes with plenty of salad or healthy dips.

How do you eat a kebab?

If your kebab comes in a skewer, slide all the bits of meat off it onto your plate and then eat as you would any other appetizer. If your kebab is rolled into patties, eat it with bread, salad and/or dip as you like.

One of the best things about kebabs is that it’s a versatile dish you can have as you please.

Seekh kebab: Cylinders of minced lamb mixed with garlic, ginger, fresh mint and a selection of spices, cooked in a tandoor on skewers. This delicacy is served with a unique, lip-smacking mango and onion jam at Indique Indian Restaurant.

Shish kebab: This is skewered and grilled meat marinated or seasoned with a medley of spices. Legend has it that it was invented by medieval Turkish soldiers who used to grill meat on their swords over open-field fires. Enjoy it with veggies salad, creamy yogurt dip or wrapped in a pita pocket.

Chicken tikka kebab: Typically made with minced chicken thighs or breasts with the skin on, this another favourite at Indique Indian Restaurant. It is made with boneless chicken, marinated with yogurt, garlic, ginger, Kashmiri chilli (gives it a vibrant colour without making it too hot) and black cardamom. We barbecue it in a tandoor (clay oven) and serve with hara (green) chutney.

Shami kebab: Veg and non-veg options of this delicacy are generally available. It’s also called shaami or shammi kebab at some places. Made from finely minced and pounded meat called keema (or qeema), it’a a round patty that is crispy on the outside, soft and silky within.

Kakori kebab: This delicacy hails from Uttar Pradesh, a state in central India. It’s made by mashing boneless beef and mixing it with lentils, fried onion, garlic, ginger, mix spices. It is shallow-fried and served hot with imli (tamarind) chutney at Indique.

Doner kebab: It is brown coloured,  thinly sliced meat, which is roasted on a vertical rotating spit and is also generally high in fat. It’s also called a donair, döner or donner kebab at some restaurants. The meat used for making doner kebabs may be beef, lamb, veal or chicken, but not pork.

Which of these do you like the most? And which ones would you like to try next? Book your table now at Indique.

You can also book a table by placing a phone call